The intersection at McDonough and Howard will be closed for grading and resurfacing on Saturday, March 4, and Sunday, March 5.

Parts of the PATH Foundation’s Stone Mountain Trail near the crossing have been demolished and will be closed to bicycle traffic as well.

Additional work on both the sidewalks and the Stone Mountain Trail on East Howard will continue for the next couple of weeks. East Howard will be closed to through traffic until 3 p.m. each weekday during this period.

There will be no traffic through the McDonough-Howard intersection this weekend, March 4 and 5. However, East and West Howard and North McDonough will be open to local traffic. Consult the applicable detour maps below (click images for larger view).

Avoid East Howard before 3 p.m. each weekday until further notice. Access during afternoon/evening rush hours will not be impacted.

This is one of the major steps necessary in rebuilding the McDonough railroad crossing. Pavement at the McDonough-Howard intersection will be raised up to 3 feet to provide a gentler slope on the north side of the crossing and an accessible path for persons in wheelchairs or those using strollers.

The entire project, which includes the rail crossings at both McDonough and Candler, will significantly improve accessibility and safety for pedestrians and bicyclists, further encouraging those who live in Winnona Park, the McDonough-Adams-Kings Highway community, and other neighborhoods south of the CSX rail corridor to walk and bike into downtown Decatur.

CSX will subsequently be rebuilding the rail portion of the project and will need to close each crossing for about one week for its work. These closings will be announced as they approach so stay tuned.

Most of the sidewalk improvements and preliminary storm drainage infrastructure has been completed on the west (Decatur High School) side of North McDonough. Crews are now in place to shift their work to the east side of the street beginning Sunday, March 5.

This will start with moving vehicular traffic to the west (DHS) side of North McDonough. Sections of sidewalk on the east side of McDonough will be removed and replaced with temporary walks while the new sidewalks, bio-swales and planters are built.

Aside from any closures associated with the rail crossing, access to N. McDonough businesses and driveways will be maintained during streetscape work. 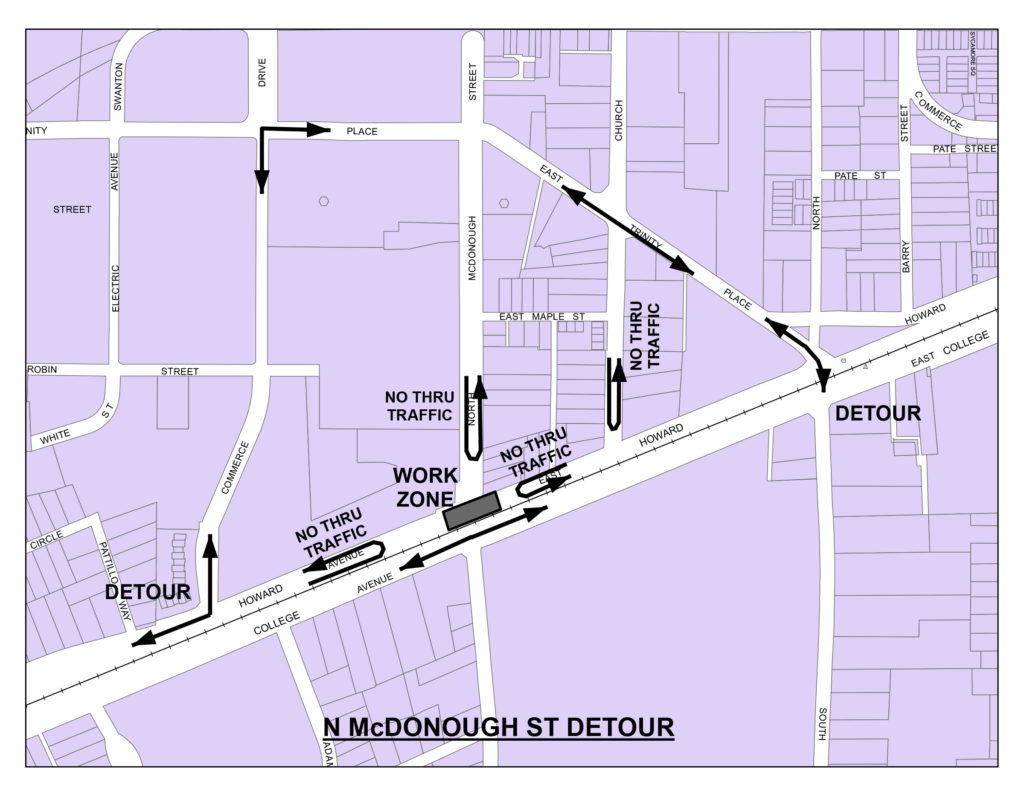 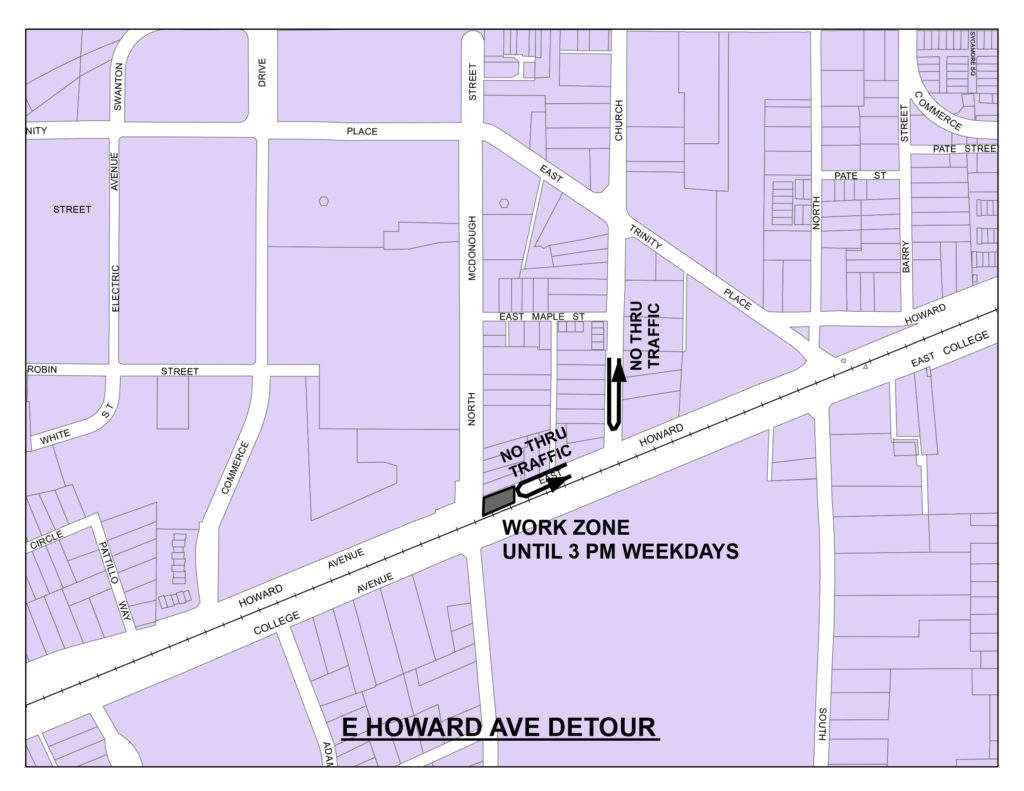