As tentatively announced in this previous post, effective the morning of Monday, June 19, CSX will begin rebuilding their crossings at Candler and McDonough Streets.

Site work will continue uninterrupted until its completion which is projected to take roughly seven days. Both crossings will be closed and will remain closed for the duration. Adjacent streets such as College Avenue will be unaffected.

Completion could be delayed due to rain. Stay tuned here for updates if an extension proves necessary.

The following graphics detail the closures, resulting traffic patterns, and alternative options for crossing the tracks. Click each image for larger view. 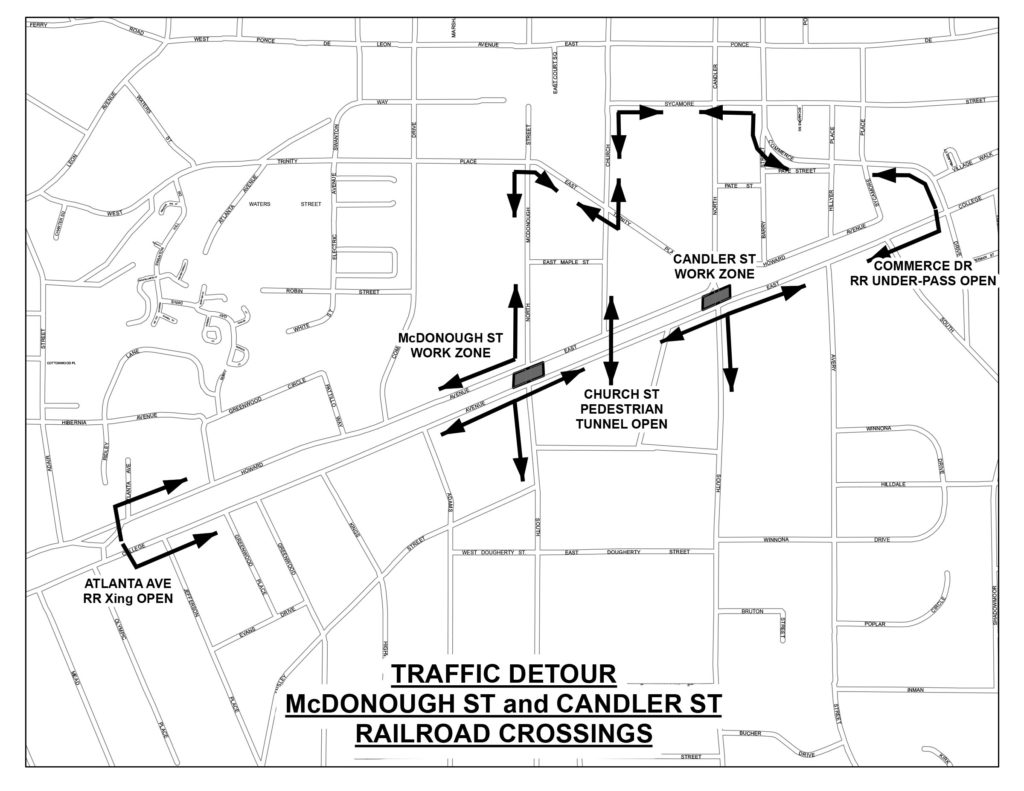 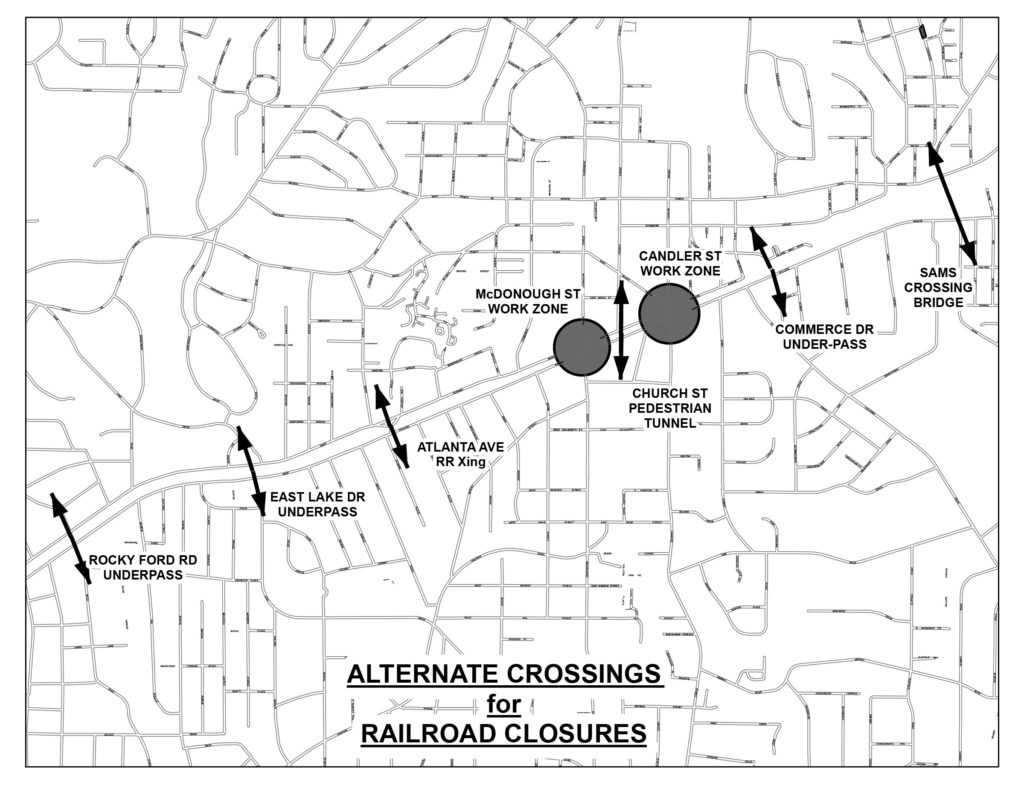 This collective project, including rail crossings at both McDonough and Candler, will significantly improve accessibility and safety for pedestrians and bicyclists, further encouraging those who live in Winnona Park, the McDonough-Adams-Kings Highway community, and other neighborhoods south of the CSX rail corridor to walk and bike into downtown Decatur.   The improvements will provide gentler slopes on the north side of both crossings resulting in an accessible path for persons in wheelchairs or those using strollers, and a much safer route located outside the railroad crossing gates for pedestrians and bicyclists. Presently, pedestrians and bicyclists have to share the roadway with vehicles at these crossings.

In addition to improvements at the crossings, there will now be new pedestrian crosswalks where none presently exist — on the east side of both intersections and just north of the Candler crossing connecting to the sidewalk along the old Depot property.

Finally, improved vehicular mobility is also a project priority. Both crossings will include new traffic signals on both sides which will allow protected left turns on all legs of the two crossings.