This is an ambitious effort and is being done to complete as much work as possible before the City Schools reconvene on August 1. It’s expected the work will take 2-3 days.

North McDonough and the two intersections will remain open to two-way vehicle traffic. However, there will be temporary lane closures and traffic delays during the work. East Howard will be closed to through traffic for a short period when it is being resurfaced.

Vehicular access on North Candler Street, East Howard Avenue and Barry Street will be limited and on-street parking will not be available on the affected streets during the work. Pedestrian access will remain open throughout the project area.

This includes streets in the following infrastructure projects:

The North McDonough Streetscape Improvements include reducing North McDonough to two vehicle lanes, wider sidewalks, and a 2-way “cycle track” on the west side of the street, along with traditional streetscape improvements and on-street parking. The project also features significant “green infrastructure” improvements to improve storm water quality.

In addition to the repaving, new streetlights are presently being installed on the east side of North McDonough Street.

The Railroad Crossing Improvements address pedestrian accessibility and safety around and across the two CSX crossings at the intersections of College Avenue and Howard Avenue with Candler Street and McDonough Street. Gentler slopes on the north side of both crossings will result in an accessible path for persons in wheelchairs or using strollers, as well as a safer route for pedestrians and bicyclists located outside the railroad crossing gates.

Poles and mast arms for new traffic signals are now being installed as well. This will provide protected left turns on all legs of the 2 crossings.

Phase 2 of the Downtown Decatur Storm Drainage Improvements includes replacement of undersized and deteriorated storm drainage facilities and will reduce or eliminate frequent flooding on private properties in the Old Decatur neighborhood. During construction, the work was expanded to include renewal of a failing sanitary sewer system in the same community. This project was originally planned almost 40 years ago, replaces some of the oldest infrastructure in metro Atlanta, and will complete major planned improvements to the upper Peavine section of the downtown drainage system.

The work areas are shown below. Click for larger view. 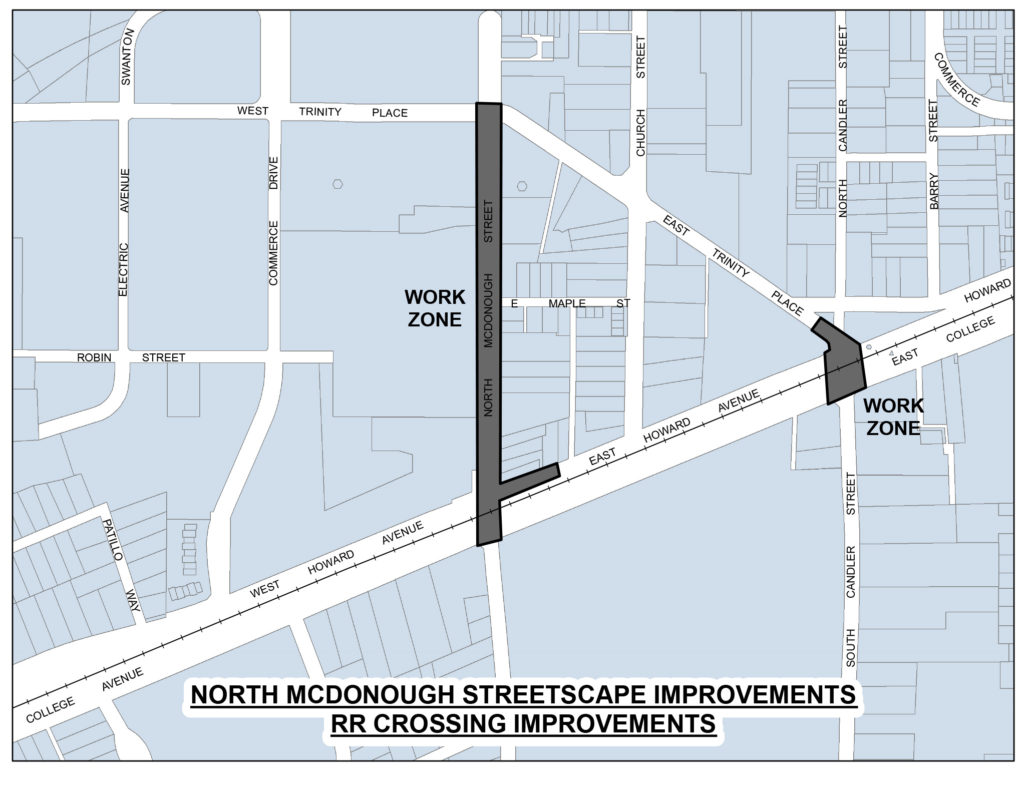 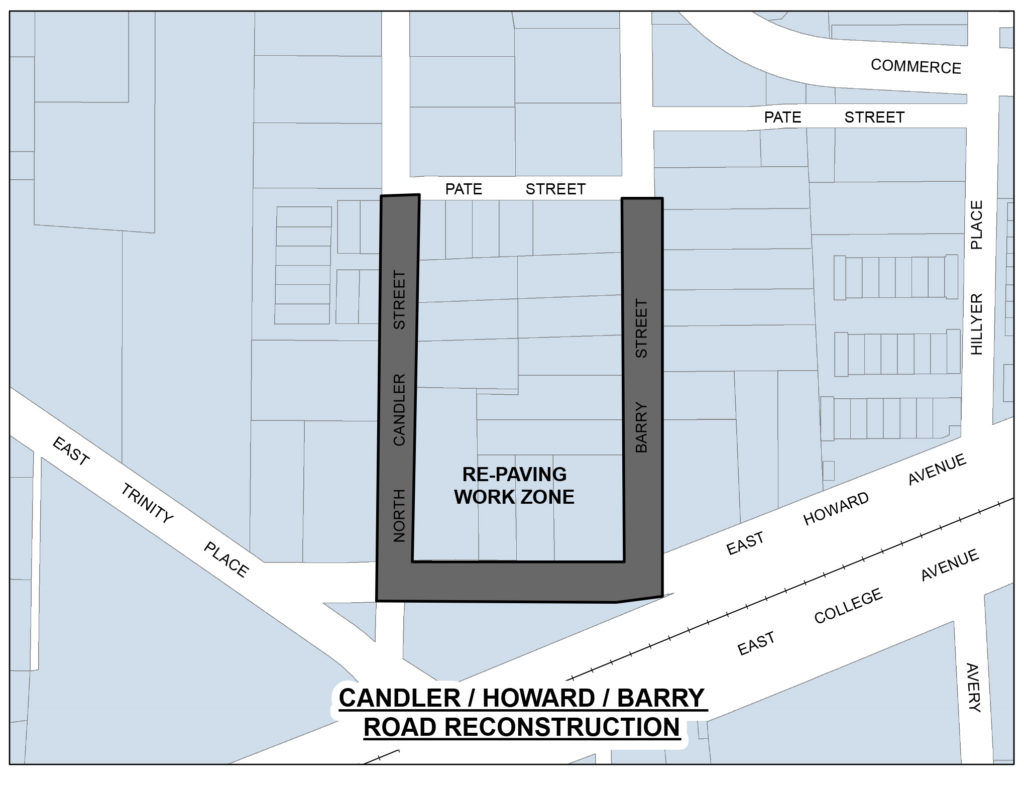